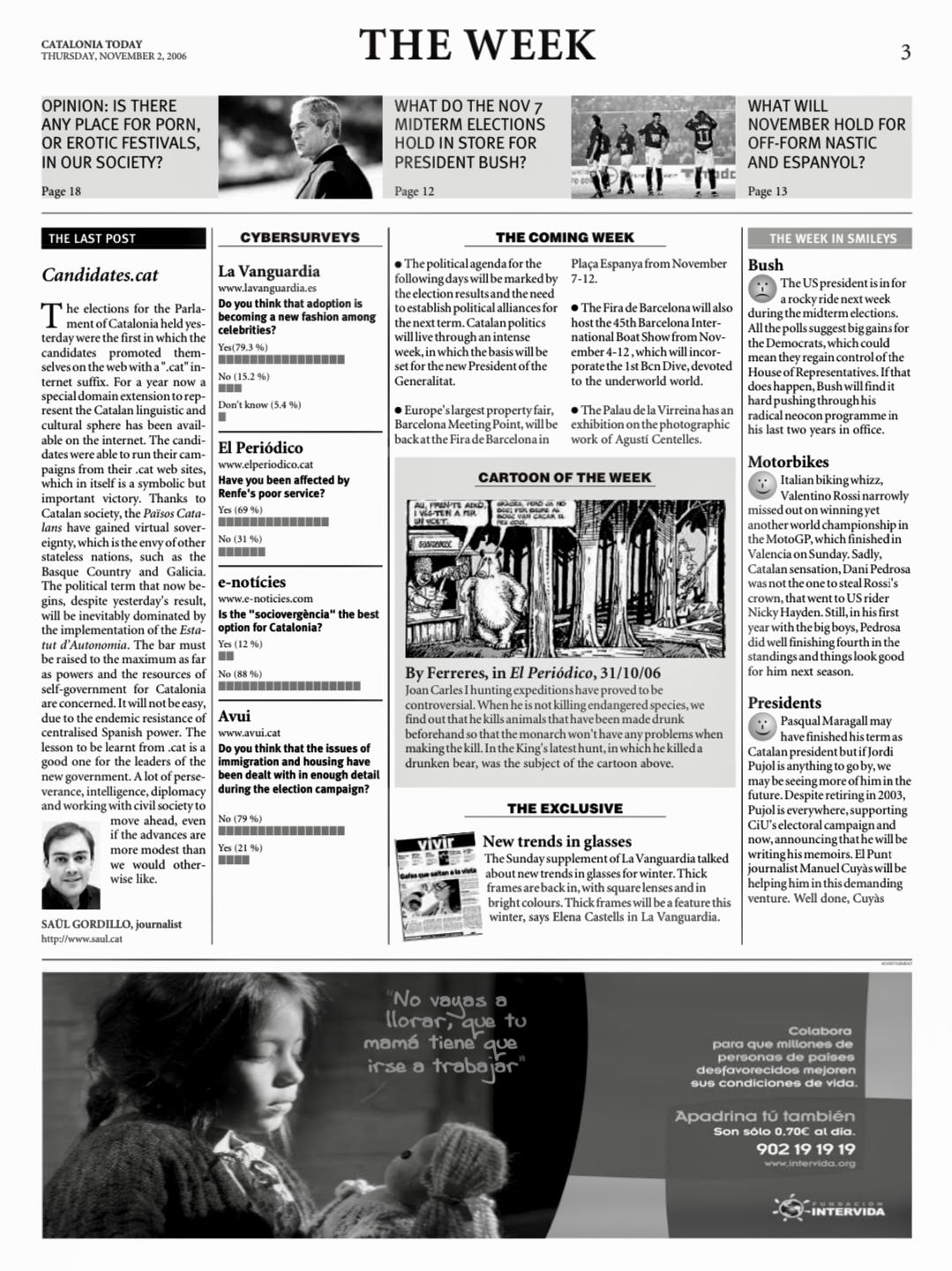 The elections for the Parlament of Catalonia held yesterday were the first in which the candidates promoted themselves on the web with a ".cat" internet suffix. For a year now a special domain extension to represent the Catalan linguistic and cultural sphere has been available on the internet. The candidates were able to run their campaigns from their .cat web sites, which in itself is a symbolic but important victory. Thanks to Catalan society, the Països Catalans have gained virtual sovereignty, which is the envy of other stateless nations, such as the Basque Country and Galicia. The political term that now begins, despite yesterday's result, will be inevitably dominated by the implementation of the Estatut d’Autonomia. The bar must be raised to the maximum as far as powers and the resources of self-government for Catalonia are concerned. It will not be easy, due to the endemic resistance of centralised Spanish power. The lesson to be learnt from .cat is a good one for the leaders of the new government. A lot of perseverance, intelligence, diplomacy and working with civil society to move ahead, even if the advances are more modest than we would otherwise like.